I first met my husband at a church sponsored event in March of 1999.  The connection we shared from the very beginning was undeniable.   Conversations from that first evening were indicative of our mutual values, beliefs, and goals.  I was thrilled and grateful that I had met a man who shared my beliefs, encouraged my values, inspired my dreams, and complimented my strengths.  The community esteemed him as a righteous man who excelled in leading his business and serving his peers.  He was my ideal partner.  Realizing we were intended for one another, we were married on December 12, 1999. The news of his arrest came to me through a phone call from a jail cell. My husband shared with me every detail, including the event that started the case. After months of battling a temptation that he thought he would never face, he agreed to watch two teenage girls have sex and then later became involved.  I remember angrily yelling at him into the phone that he could rot in jail for all I cared.  I told him he would never see me or our girls ever again.  No words could ever convey the deep pain, hurt, betrayal, and anger I felt.  I left him there, in jail, determined never to lay eyes on him again.  He made no excuses for his behavior.  Instead, he wept and accepted my decision to end the marriage and the life of our family as we knew it.

Weeks later, curled up in a fetal position and weeping on a patio chair, I contemplated divorce.  I knew God is not in favor of divorce... but I also knew that I had a Biblical right to it.  I remember lifting my face up to the sky, shoulders heaving with sobs, crying out to God.  I looked down to find that the wind had whipped the pages and that it had stopped to land on a page with the highlighted verse, "What God has joined together, let man not separate" (Mark 10:9).   I knew I had my answer.  I made my decision to stand by my husband.  To this day, I am eternally grateful that I did.

To say the ensuing months were difficult would be an understatement.  They were hell.  We went through the pain and trials of counseling, court appointments, separation, and public ridicule.  We worked hard on our individual therapy, our marriage therapy, and our family therapy (Our daughters, Ellie and Emma, were given age-appropriate knowledge of the events that had occurred and underwent therapy with us).  We all were committed to keeping our family together no matter what the cost.  (And the cost was great.  In the process, we lost our jobs, our home, our car, and our savings… but we still had our family.)  The therapy Todd received was especially intense.  He had to undergo an intensive sexual history test that revealed everything about his sexual nature.  The court-appointed psychologist, Jodi Ward, included in her report that she had never come across a defendant as open and honest as Todd.

The honesty with which Todd has approached his therapy has been pivotal in his recovery process and in the restoration of our marriage.  He has completely taken responsibility for his actions and has truthfully acknowledged his past wrongdoings.  We have currently set boundaries with each other to protect the sanctity of our marriage…( i.e. no meetings with members of the opposite sex, no private e-mails no private phone calls, no private shared social media, etc.)  Even our therapists have commended us on the honesty we have built in our marriage, claiming that very few marriages share a level of intimacy that our does because of it.

After working so hard for so long to restore our marriage, Todd had to do the inevitable… he had to serve time for his crimes.  As a family, we dropped him off at the courthouse one gloomy day in October of 2012.  It was difficult for all of us.  Ellie, Emma, and I sobbed the whole drive home.  We knew we had 8 months to endure his absence and then we could have our lives back.  We were all determined to fight even harder during his time away for us to stay together as a family.

During those 8 months, the girls and I wrote him each and every day.  We included pictures of what had happened on those days along with detailed descriptions to keep him feeling included in our family’s daily activities.  Finally, in December, we were given the approval to visit him in prison.  Every weekend (we didn’t miss a single one) we made the drive out to Wasco, California, to visit him behind glass.  It was the best thing I could have done to preserve our family.  My therapist was proud of us as we worked together to build our relationships despite the obstacles we were facing.  She commended the girls on their strength and resolve in enduring the elements of prison environment for the sake of preserving our family.

Through it all, I have witnessed Todd’s incredible willingness to accept the consequences of his past actions and make amends to those he has wronged.  Todd has by far exceeded every single requirement asked of him.  He has undergone individual, group, and couples therapy.  He has successfully passed each and every polygraph given to him and has adhered to every single restriction placed upon him, including foregoing church with our family, wearing a GPS monitoring device, and responsibly registering as a sex offender.  Todd has successfully completed a full year of Orange County probation without incident under the Post-Release Community Supervision of Mr. Jason Gomez.  Currently Todd is working without pay as a marketing advisor for my small tutoring business and is aiding his father in the creation of his business’s website and marketing campaign.  He has gone to extreme efforts to make amends to those he has wronged, including to me, our daughters, and financial restitution to the victim’s family. 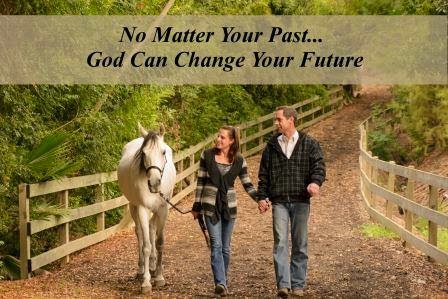 Todd is a changed man.  He has learned his lesson the hardest way possible.  Imprisonment, separation from family, and the trials of probation have had a permanent impact.  His probation officer, Mr. Gomez, said it best, “Your husband is in the top 1% of rehabilitated men.  I have zero concern about him and you have nothing to worry about with him either.”  If I didn’t believe that to be true, I would not be with him still today.  Todd is now a man who will do whatever it takes to serve and protect his family.  He puts me and my needs first in his life, and the needs of our two beautiful daughters second.   Friends and family have seen him for who he is, stand behind him and support him completely.  We have an army of support surrounding and standing behind us.  We couldn't do it without them.

This is our story... at least the beginning of it... I am certain that God will do much, much more as we continue to listen and obey His words. 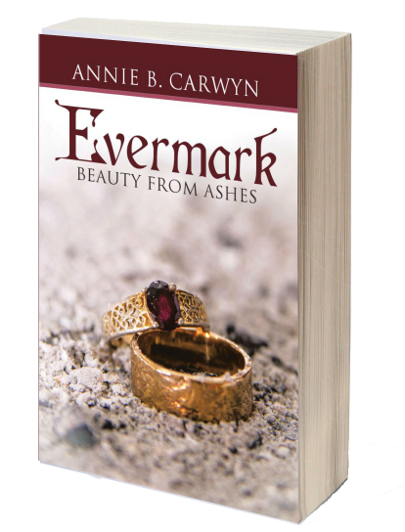 A historical fiction based our life story.